This article originally appeared on LinkedIn

The fictitious company names of television and film don’t get enough love. What if you had a fake colleague somewhere out there? Wouldn’t you want to know him or her? Study their craft? See the products of your work in a parallel and meaningless universe?

So we’re bringing you an unexpectedly quirky list of the eight best brand names for faux companies featured in some of our favorite shows and movies. We were amazed at the strategic fit of some of these names. But to be fair, they’re mostly downright ridiculous.

Best Fake Brand Names from our Favorite Shows and Movies This diabolical Looney Tunes mega-corp responsible for falling anvils and other humorous disasters has created some of our best memories of cartoon mischief. In the show, Acme Corp produces everything from TNT to explosive tennis balls. In reality, the mark was used from the 1940s onward as a popular generic company name valued because it placed companies at the top of local phonebooks. The English word acme is synonymous with zenith or peak; so, fittingly, this name tops our list. Consider Acme the gold standard in evil brand naming. Nothing says, “nonspecific international company serving the needs of consumers through service and synergy” like Globex. According to the official Simpsons Wikipedia, the mission statement of Globex Corp is “Evil Supervillain Front.” Sounds about right. 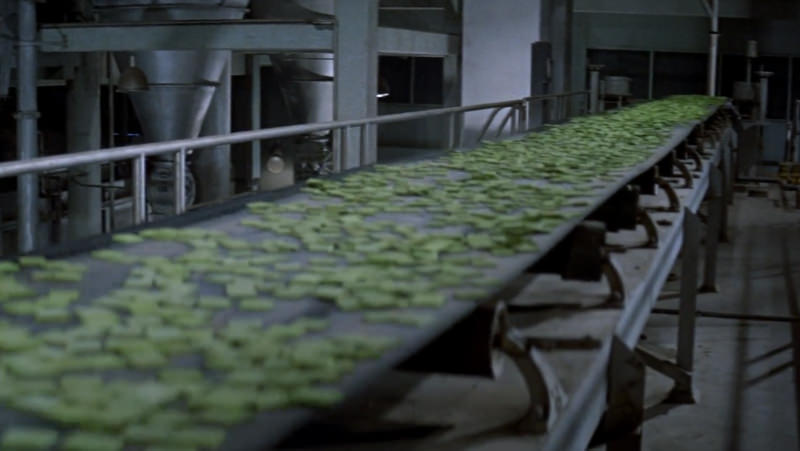 Had Soylent Corp not inspired a real-life brand name of nutritional supplement and viral sensation, it wouldn’t have made this list. But the genius of fictitious names often lies in their believability. Now you can buy yourself an actual bag of Soylent and pray that, unlike fictional supplement “Soylent Green” from the film of the same name, it doesn’t (spoiler alert) contain people. 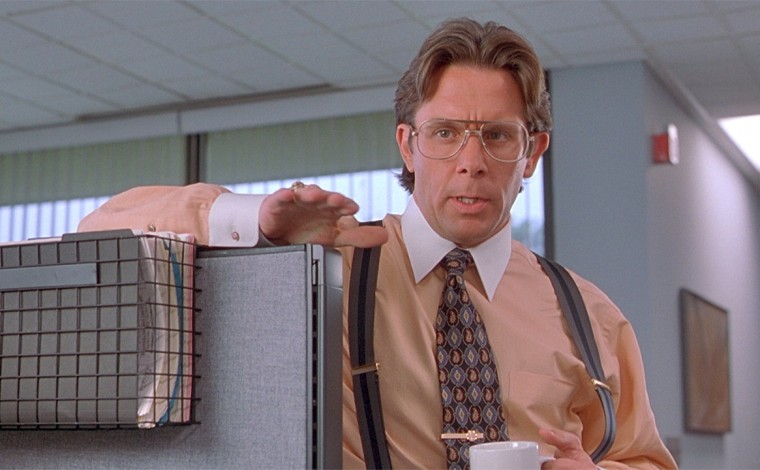 A veteran namer could break this down upon first sight: “ini” – innovation, “tech” – technology. And then suddenly, Initech reveals itself as a redundant and meaningless moniker, despite sounding almost as powerful as Intel and as fundamental as tech support. Initech underscores the dry humor and core values of Office Space; it’s a perfect poke fun at the futility of our sad, cubicle-bound and corporate-run existence. It’s the ironic self-defeater of corporate brand naming, as Initech ultimately shows a patent lack of name innovation.

In the Resident Evil Universe, there’s Umbrella Corporation. This bioengineering pharmaceutical company and laboratory is equal parts science fiction and grim reality. Its slogan perfectly sums up the dark business of bio-organic weapons and world domination under one sinister umbrella: “Our business is life itself.” We love the meta-notion of naming an umbrella organization Umbrella. Hopefully, we’ll see a real New Co. on the market soon…

The HBO hit series Silicon Valley’s Hooli coyly smacks of the signature sound and feel we can’t quite put our fingers on: that goofy yet apt naming convention of mega-tech companies like Yahoo, Hulu, and Google. And in a strange turn of events, a real app called Hooli hit the App Store last year. Its creators failed to heed the perils of violating copyright and trademark law with a corporate name, so they may be hearing from HBO’s lawyers. But perhaps Hooli was a mark so fitting it had to break through the fourth wall and into the real world. 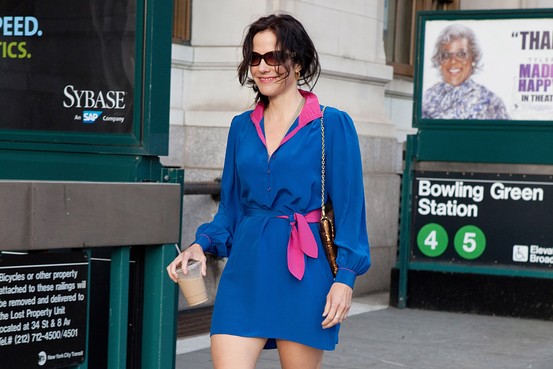 Vehement says intense, passionate, insistent; it’s a word for describing an argument or an artistic platform. It’s not what we’d typically associate with a New York hedge fund, and certainly not with a hedge fund front for a massive Ponzi scheme. But that’s how Weeds’s delightful doofus Doug, chief accountant at VCP, brings humor to irony. Ultimately, Vehement suffers an SEC investigation and falls into the infamous Nancy Botwin’s drug empire. It’s a company apparently vehement about corruption and little else. And to bring things full circle, it’s exactly what Globex strives for.

This is a name so good we wish we’d come up with it first. But alas, the science fiction TV drama Fringe beat us to it and created Massive Dynamic, the ultimate conglomerate. Massive creates and advances in the fields of genetics, energy, entertainment, biomedical technology, ballistics, artificial intelligence, aeronautics, government networking, and the list goes on… It’s the platonic ideal of a name for a multi-billion dollar corporation making multi-disciplinary moves. And it sounds exactly as scary as a company with that kind of power should.

This list isn’t just a fun and thought-provoking romp through the past few decades of television and cinema. We can learn a naming lesson or two from these non-existent corporate giants; perhaps your startup needs a name that reads like an Acme but conveys the scope of a Globex. Might we suggest GlobeMe?

For more insights from the Naming team, explore our Ideas section.